A History of Mind Mapping – Who, What and When?

The use of pictures and images for record-keeping (learning) and communication, stretches back thousands of years, with cave paintings in Cáceres believed to be around 60,000 years old, and those in East Kalimantan, Borneo, dated at 50,000 BC.

Even the Ancient Egyptians, relatively modern by these standards, used a hieroglyphic system (picture-based alphabet). These cartouches included lettering and pictograms based on the world around them, such as an image of water or waves seen on the River Nile to represent the Egyptian letter ‘N’.

This may suggest to us that humans are hard-wired for images, and have historically found the use of them more natural than written language when communicating with other groups. Were the early humans’ perhaps visual learners? Do we benefit so greatly from mind maps because the use of base images to communicate is evolutionarily important?

Humans did not learn to write for millions of years after the emergence of the first Homo Sapiens. Whilst there was communication between clans and family units, we do not know the form of this communication, and can only speculate that it consisted of a combination of spoken articulation, body language, gesturing, and images.

We will never know the full intention of these works, were they bedroom decorations? Or tales of their accomplishments? Were they used to convey messages or ideas? Some have even suggested they were records of hunting or property. The earliest man-made drawings discovered, (40,000-60,000 BC) are almost completely of animals, however around 25,000 BC the drawings shifted from external nature to internal, and images of humanoids began to appear. 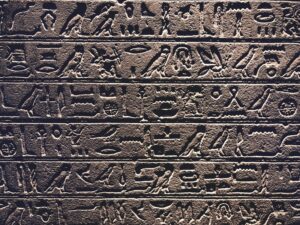 Ancient civilisations such as the Egyptians, developed a greater control of written language, but still made use of images to do so. Egyptian language was based off Pictograms, which is a symbol used to represent a word or item. This led to observations of the world around them to build this collection of symbols.

The Ancient Egyptians were one of the first societies to separate language from art. They believed art and language were a sign of socio-economic status and power, and extensive writings and artwork have been found all across Egypt.

These are some of the earliest written recordings in history, with the pharaoh’s desiring their exploits logged for infamy. This development saw the consideration of time, and the idea that to render a subject in art was to give it permanence.

The Ancient Greeks and Romans

The first true representation of thoughts and concepts being displayed in a combined and graphical manner is that of Porphyry of Tyre, a Lebanese philosopher. In 250-300 AD, Porphyry took an Aristotle text on Logic and reimagined it in his own style. He wrote of a visual method of ‘seeing’ these statements, describing them like a tree and branches with flowing ideas and points. This is very similar to how one would describe a mind map now.

Whilst he may never himself have produced a recorded diagram (though he may have used many in his own personal notes), many were made throughout the era, and in the 1500 years following his publishing, where his texts were used in teaching until the late middle ages. This description and style is credited by historians as ushering a change in learning and writing styles, and many later texts used similar terminology and themes to Porphyry of Tyre.

I personally like to think the Greeks and Romans used mind maps to create their myths and legends, planning out stories like Jason and the Argonauts, Athena’s heroics and Hercules. I can just see Hercules sat with Philoctetes keeping track of his heroic deeds in IdeaMapper.

Yes, thus far we have played a little loose and free with actually using Mind Maps. Jumping forwards now, closer to home, the ‘father’ of modern mind maps is seen to be Tony Buzan, who first coined the term at some point in the swinging sixties. This era was all about freedom of thought, a change in dynamics and an openness to change – and this ethos spilled over into education.

Tony Buzan was a prominent psychologist who championed ‘radiant’ thinking, inspired by the sun and by minds such as Einstein and Da Vinci. He showed that learning and memory, as well as processing abilities, were improved with visual maps and connections. Whilst the ideas have been around for centuries, they were never grouped or taught in a set manner. Buzan changed this, calling them ‘concept maps’ or ‘mind maps’ – heralding in the final step to where we are today.

Over the last decade – the way we produce these has changed, from paper and pen, to mouse and laptop. No matter what format or medium you use, the ideas and themes of visually representing information in a mind map stretches back centuries.

As we have learnt, Mr Buzan is credited for making ‘mind maps’ a thing, but depending on where you are from across the planet there may be other words or phrases used that mean the same.

Mind Maps, Idea Maps, Mind Mapping, Brainstorming (yes I know!), Thought Showers, Concept Mapping, Mental Map, Thought Association, and a ‘Brain Chunder’ are just some of the delightful phrases I have heard used. It doesn’t matter what you call them, or how you benefit from them, the point is that you do.

If this blog has intrigued you, and you want to try your hand at joining the ranks of history in mind mapping, download a free trial of our software here. 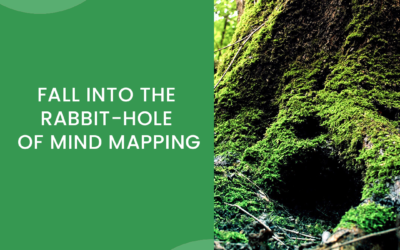 Fall into the Rabbit-Hole of Mind Mapping

Being creative can be easier said than done. Thinking creatively at work can be beneficial to help you complete tasks...

END_OF_DOCUMENT_TOKEN_TO_BE_REPLACED

“I Wonder How I Managed Beforehand”

"As a student going into a master’s qualification, memories of my time spent studying for my degree came flooding...

END_OF_DOCUMENT_TOKEN_TO_BE_REPLACED 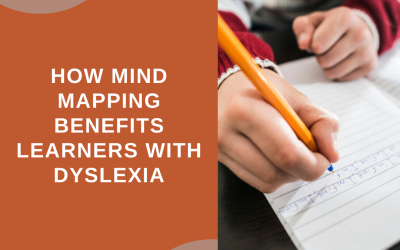 END_OF_DOCUMENT_TOKEN_TO_BE_REPLACED
Read More
We use cookies on our website to give you the most relevant experience by remembering your preferences and repeat visits. By clicking “Accept”, you consent to the use of ALL the cookies.
.
Cookie SettingsAccept
Manage consent

This website uses cookies to improve your experience while you navigate through the website. Out of these, the cookies that are categorized as necessary are stored on your browser as they are essential for the working of basic functionalities of the website. We also use third-party cookies that help us analyze and understand how you use this website. These cookies will be stored in your browser only with your consent. You also have the option to opt-out of these cookies. But opting out of some of these cookies may affect your browsing experience.
Necessary Always Enabled
Necessary cookies are absolutely essential for the website to function properly. These cookies ensure basic functionalities and security features of the website, anonymously.
Functional
Functional cookies help to perform certain functionalities like sharing the content of the website on social media platforms, collect feedbacks, and other third-party features.
Performance
Performance cookies are used to understand and analyze the key performance indexes of the website which helps in delivering a better user experience for the visitors.
Analytics
Analytical cookies are used to understand how visitors interact with the website. These cookies help provide information on metrics the number of visitors, bounce rate, traffic source, etc.
Advertisement
Advertisement cookies are used to provide visitors with relevant ads and marketing campaigns. These cookies track visitors across websites and collect information to provide customized ads.
Others
Other uncategorized cookies are those that are being analyzed and have not been classified into a category as yet.
SAVE & ACCEPT